Tartu Boys’ Choir was founded by Tartu Pioneeride Maja and Tartu Kultuurihoone in 1961, The conductor became Uno Uiga. For the first few years, the choir worked on understanding the note and learning to read it, meanwhile teaching the boys to embrace their voices. Since there is so little time for the boys in soprano and alto, there was frequent worrying about new singers. Because of this, Tartu Karlova Kool opened a music class, where they sought out boys from Tartu and areas around Tartu.

At first the choir consisted of 2, later 3, different voices before developing into a classical boys’ choir. The choir is situated in the same building as Tartu Karlova Kool so every year, when new singers are accepted in to the choir, they start their studies in the school. Thanks to the study program, it is possible to make different groups of singers, make ensembles or teach the boys to sing solo. All the boys also learn different instruments and play in the orchestra or an ensemble. During the 2019/2020 season the choir is conducted by Annelii Traks and Sander Tamm

“Tartu Boys’ Choir is one of the oldest boys’ choirs in Estonia. In 59 years, over 1000 boys have been a part of the choir. All previous conductors have poured their heart and soul into their work, wishing to develop the boys, show them different music and discover the world together. Right now, we have reached the point, where the choir has changed but the main objectives are still the same. We’re proud to have such efficient and hardworking boys. We hope, we can change the boys’ character more emotional, so the love for singing would remain, so they would see the bigger picture, so they have something to tell their own kids and remind themselves.”

In the past, the choir has also appeared in television and radio in Estonia and abroad, concerts have been in factories, schools and concert halls. The choir has also taken part in many culture programs and during Hansapäevad. Tartu Boys’ Choir has started the tradition of the Boys’ choirs song festival (1976, 1981, 1987, 1996, 2001)

The choir was awarded with the title of Choir of the Year in 2010, when the choir successfully participated in contests and gave concerts, collaborated with Vanemuine with operas and musicals and sang everything from Bach to Siiri Sisask in Estonia and abroad.

They worked as choir masters: 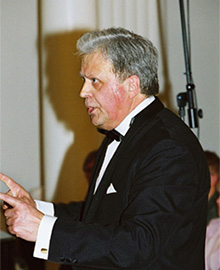 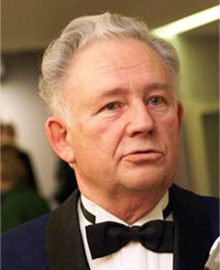 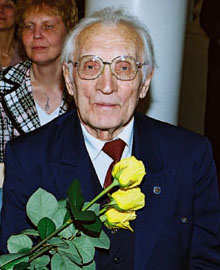 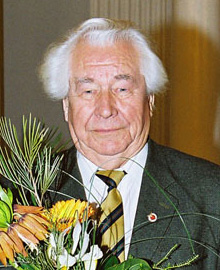 He performed as a conductor of the Boys’ Choir League at song festivals and youth song festivals in Tallinn and the County. He has conducted boys’ choirs and male choirs at national and international song festivals. In 2018, at the song day in Saaremaa, dedicated to the 30th anniversary of the Estonian Male Choirs Association, he conducted the song ‘Laulis isa, laulis poega’, performed by the United choirs.

Heino Kaljuste scholarship of the Cultural Endowment of Estonia 2004 for outstanding work with Tartu Boys’ Choir. Order of the Tartu Star 2011, scholarship 2014 of Gustav Ernesaks Foundation for the promotion of choral music, Honorary member of the Estonian Male Choirs Association 2017, Honorary member of the Estonian Choral Association 2018, Teacher of the Year 2018 award for lifetime achievement.

Born on April 1, 1938 at the Vihtla mill in Kärgula vil. Võru County. He graduated from the Tartu Music School in 1958 (Voldemar Koch accordion class and Jaan Hargel orchestral conducting class), and in 1965 from the Tallinn state Conservatory (Artur Vahter’s choral conducting class and Helmut Orusaar’s brass conducting class). In 1958-60, he taught accordion at the Haapsalu children’s music school and was the artistic director of the House of Culture, as well as conducting a brass and pop orchestra. From 1965 to 1967, he worked as a music teacher at Tartu secondary school No. 2, from 1967 to 1980 as a conducting teacher at the Tartu Pedagogical College, and from 1980 to 2006 as a music teacher and choir director at Tartu Karlova High School. In 1982 he founded the children’s choir ‘Kurekell’ and was its chief conductor until 2006. He directed ‘Cantare’ women’s choir named after Johan Simm, male choir "Gaudeamus", all-Estonian girls’ choir ‘Leelo’.

He was a conductor and director of children and women’s choirs at general and youth song festivals.

(1920-2011) received his first knowledge of music and sheet music writing from his father, who was the founder and leader of the orchestra in his native village. While studying at the Hugo Treffner’s gymnasium, Alfred played in the Symphony and brass orchestra conducted by Adalbert Wirkhaus, as well as in the Tartu youth jazz orchestra Blue Boys Band, later in Pärnu in the orchestra of Raymond Valgre. In 1941, he entered the organ class of the Tartu Higher School of Music and during his studies became an organist at St. Paul’s church. In 1943, he was conscripted into the German army, where he played in a military band. In 1945, he crossed the front to continue studying music, but in 1947, he was arrested and sent to the Norilsk death camp. After the death of Stalin and his release from the camp, Alfred Bender continued to study music in the last year of music school.

For many years, Alfred Bender worked as a music teacher at the Tartu 8th Secondary School, as a conductor of choirs and orchestra of this school, and as a teacher at the Tartu Teacher Training College (later a teacher seminar), where he taught music subjects for future teachers. He founded the ‘Cantare’ women’s choir. 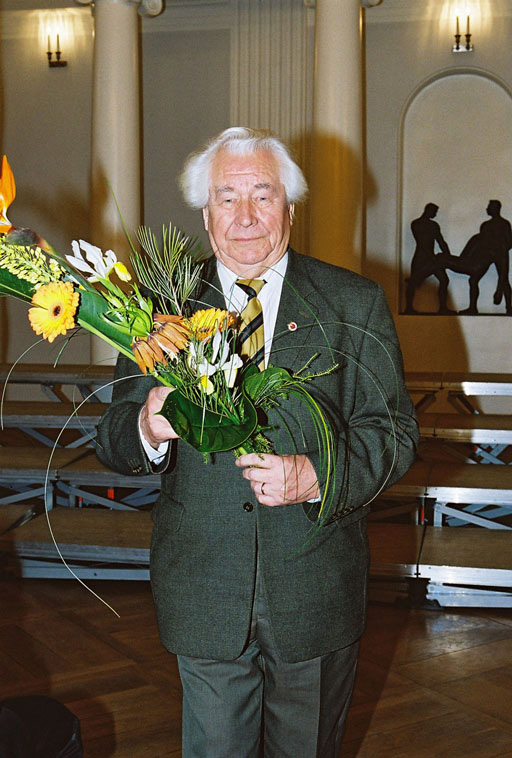 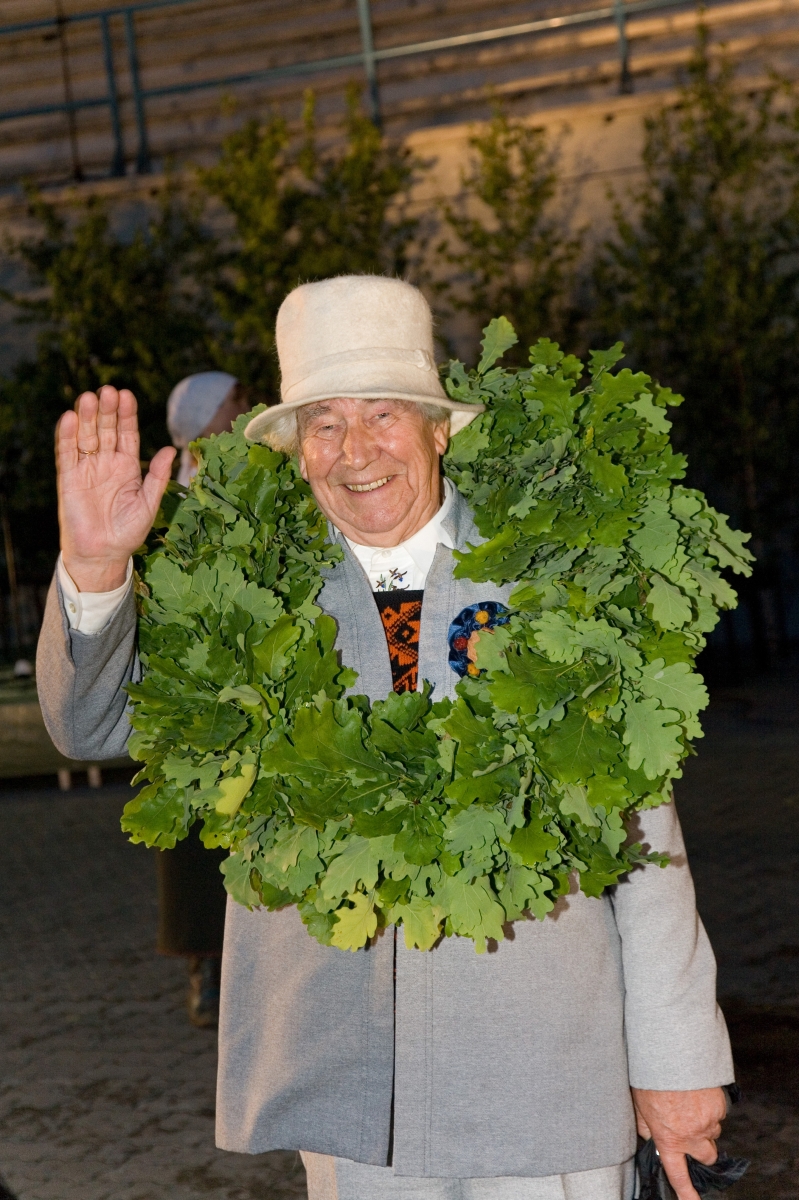 (1925-2017) studied at music courses in Tartu in 1946-47 (conducting by Richard Ritsing, solo song by Uudu Topman). He graduated from the Tartu Music School in 1951 with a degree in choral conducting (taught by Voldemar Kliimand), where he also studied singing with Olli Tiido. In 1957, he graduated from the Gnessins’ Institute of Music Pedagogy in Moscow, majoring in choral conducting and music pedagogy, continuing his education from 1956 to 1958. From 1949 to 1954, he worked at the Tartu seven-year school No. 3, in 1954-60 at the Tartu 1st secondary school, in 1953-55 at a seminar for teachers in Tartu, in 1955-80 at the Tartu Pedagogical College (head of the music department) and in 1980-1996 at the Tartu 7th secondary school (Karlova High School) as a deputy director of music, where he reorganized the advanced study of music into the advanced choral school.

He was the founder and conductor of several choirs in Tartu: mixed choir ‘Heli’, women’s choir of the pedagogical school, the male choir of the instrument-making plant, the folk song choir ‘Tarbatu’, the children’s choir ‘Kurekell’.

He was the organizer and general manager of song festivals and introduced the tradition of song festivals for boys’ choirs. As a music educator, he led many young people to music. Uno Uiga also worked as a music and theatre critic.