Home » The Choir » About the choir

Music has an amazing ability to talk to everyone, no matter what language we speak. Music draws pictures and tells stories, enlivens the imagination and creates a mood. With its beauty, it can bring tears to your eyes and captivate with exciting moves more than any action movie.

With this beautiful art form, specifically choir music, Tartu Boys’ Choir has been doing it for 59 years, proudly wearing the title of being one of the oldest boys’ choirs in Estonia. Taking an example from boys’ school choirs in England that have been active for 80 years, Tartu Boys’ Choir embraces childish sincerity, youthful charm, musical maturity and virtuosity.

This season, the collaboration between Tartu Boys’ Choir and Estonian Philharmonic Chamber Choir will continue, leading singers on the path of professional choir culture with master courses, open lessons, meetings and going to concerts. Long-term collaboration with theatre Vanemuine will also be continuing with the choir boys participating in Bizet’s opera “Carmen”. For the first time ever, we will be on the same stage with artists nublu and NÕEP in November 2019 and with Heigo Rosin and his students from H. Elleri music school in May 2020.As per tradition, the choir will be taking part in a boys’ choir contest held at Tartu in April 2020. It will be held in Tubin’s hall and organized by the Estonian Mens’ Song Association. In 2019 Tartu Boys’ Choir has had positive attention:

By Tartu Boys’ Choir it is possible to be a part of a diverse program. Estonian choir classics show emotion, power and fragility to every member in the crowd. Songs from composers as Veljo Tormis, Pärt Uusberg, Cyrillus Kreek, Tõnu Kõrvits and Arvo Pärt will paint pictures of nature, captivating and alluring. There is something distinctively Estonian about it:

Reflection of northern nature: the sadness of cloudy weather, little sunlight peeking through the branches of a bare tree, using folk melodies directly or indirectly. In a northern country, where population is sparse, untouched nature is in abundance and ties between nature and the people are strong, the bond between music and nature is clearly perceptible.

Who doesn’t know legendary children’s songs, like “O on ümmargune, K on kandiline”, “Me pole enam väikesed”, “Jorupill Jonn”, “Tige Tikker”. These and many more songs affect adults and children of all age groups. These melodies are by such authors as Raimond Lätte, Priit Pajusaar, Anne Ermast, Piret-Rips Laul, Kadri Hunt, Olav Ehala. Songs by these composers are characterized by musical humour and surprising harmonies.

Over 10 years of collaboration with theatre Vanemuine has added operas “Tosca”, “Boheem”, “Werther”, “Carmen”, musicals “Gypsy”, “Helisev Muusika”, “Evita”, “Motetid”, “Kaval-Ants ja Vanapagan” and “Mary Poppins” to the Tartu Boys’ Choir  portfolio. Pieces like “I dreamed a dream” from Evita, “Tõuseb päike, loojub päike” from Fiddler on the Roof, “Lastelaul” from Lotte, “Greased lightning” from Grease invite the audience on a trip to visit the history of stage music.

SInce the addition of sound in films, music has developed to be a vital part in them. In the film industry, every small situation or big emotion is emphasized by a sound effect or melody, whether it’s the hero or the villain. The same way operas and operettas use music to change the mood and atmosphere, films use music to show anxiety, fear, nobility, romance or love. A program made up with songs that do exactly this, is what we want to give to the audience on our 2019/2020 season concerts. There will be songs from Estonian films, but also songs from the film classics. We will be visited by Anna and Elsa from Frozen, Shrek, Lion King, Nukitsamees and Pätu.

Adding to the previous and Christmas songs, we like Eric Clapton’s, Leonard Cohen’s, Hans Zimmer’s, Josh Groban’s, Michael Jackson’s and many more artists and composers scores, including Estonian bands and artists such as Traffic, Dagö, Curly Strings, Daniel Levi, Greip and Ruja.

Our professional sound and performances, that have been polished down to the finest detail, have opened many conferences and decorated different events. Tartu Boys’ Choir, wearer of Rahvakollektiiv title in 1974, was a highly awaited guest on most stages. Success has taken the choir to Bulgaria, Ireland, Germany, Denmark, Austria, Czech Republic, Poland, Slovakia and many more European countries. During the 2019/2020 season, the choir is getting ready for a trip to Georgia, where they will participate in the X Tbilisi International choir festival.

In the near future, the choir is awaited on stage in Latvia, Lithuania, Poland, Russia and China. 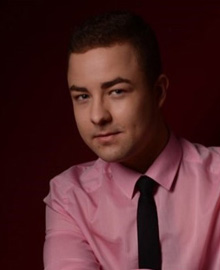 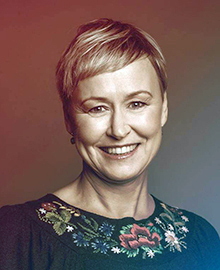 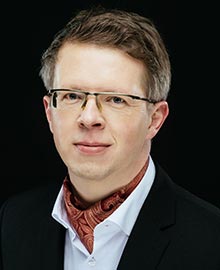 Born on January 9, 1992 in Pärnu. In 2009, he graduated from the 9th grade of the Karlova High School in Tartu. In the same year, he graduated from the youth department of Heino Eller Tartu Music School, class of flute and continued his studies in choir conducting (class of Lillian Kaivu). In 2011, he graduated from Georg Ots Tallinn Music School (Peeter Perens conducting class), received a bachelor’s degree in 2015 from the Estonian Academy of Music and Theater (Prof. Tõnu Kaljuste). In 2012-2015, he worked as the chief conductor of the Virumaa Boys’ Choir and the Tallinn University Chamber Choir, and in 2012 – 2013 as the conductor of the ’Crede’ chamber choir. In 2016-2018, he worked in China as the artistic director and chief conductor of the Ganjou Boyś Choir and directed the music department of a private school. Since 2018, he has been working as a conductor and teaching vocals at the E STuudio Dance and Choral School.

He has worked as a choirmaster with the Estonian Philharmonic Chamber Choir, the Nargen Festival choir, the choir of the Academy of Music (EMTA), the Eric Whitacre concert project choir, the summer camp project choir of Estonian mixed choirs, the e STuudio chamber and youth choirs, the men’s ensemble of Tallinn University of Technology, and the Voces Musicales chamber choir. In the 2013/2014 season, he was a guest conductor of the Estonian National Men’s Choir.

Head of the League of boys’ and women’s choirs at the Virumaa song festival ’Open Viru Gates’, conductor of the XVIII Students’ singing festival ’Gaudeamus’ in Daugavpils.

Heino Kaljuste scholarship of the Estonian Culture Foundation for the promotion of school and choral music 2011, creative scholarship of Tartu Cultural Capital 2011, finalist of the contest ‘Act of the year in education’ 2014.

She has been directing Tartu Boys’ Choir since 1992.

Jorma Toots (born on 8 November 1975 in Tartu) is an Estonian pianist.

He graduated from the Estonian Academy of Music and Theatre, professor Lilian Semper’s piano class, and then obtained his master’s degree in professor Matti Reimann’s chamber ensemble class.

With various ensemble partners, he has performed at many chamber music competitions and festivals in Estonia and further afield. In 2004, he and saxophonist Ivo Lille represented Estonian musicians in the concert series ‘UpBeat’, which brings together the best young interpreters of the Baltic and Nordic countries. In addition to his active work as a chamber musician, Jorma Toots is also active as a jazz pianist. Together with the best jazz musicians in Estonia, he has recorded several records for Estonian radio and record company Universal Music.

Jorma Toots works as a teacher at Heino Eller Tartu Music School and as an instrumental music lecturer at the University of Tartu.
He started working in the Tartu Boys Choir in 2021.

“Perfect sound without any deviations”